“At what exact moment
did the real turn into the unreal, reality into reverie?
Where was the border? Where is the border?”
(Milan Kundera, ‘Identity’)

A book of sordid tales lay open on the desk, my gaze fixed on a photograph. The eyes stare from the page: holding my attention, groping my mind, fiddling with my senses.

I had seen this man before, and yet, I was not sure whether I recognized him; only that the feeling of déjà-vu wouldn’t go away. It seemed he had a hold on me. I was mesmerized by his stare, hypnotized by the thin smile, engrossed by his rugged features. He was wizened and aged, and I sensed a deep evil in his eyes.

I think this man has a dark heart!

Slightly flustered, I walked away from the book, out through the door of the curiosity shop in which I’d been browsing, and across the few yards to where my car was parked. I got into the car, started her up, and drove the couple of miles to my house. Pulling into the drive, I noticed that my front door was ajar.

Someone is in my house.

I got out of the car with clenched fists and walked over to the door. I entered the hall and noticed that my living room door was wide open. Someone is sitting in my favorite armchair. I could see the back of his head. Just as I set my foot across the hallway to accost him, he stood up and turned around to face me.

It is the man from the book!

“Who, who are you?” I managed to stammer.

He looked me in the eye, with that same hypnotic stare and thin gash of a smile, and sombrely replied, “I am you!”

In wondrous amazement I stood there impotently, as he faded away to nothing and disappeared into nihility. I rubbed my eyes in utter disbelief. Did this just happen? Was the man from the book in my house a moment ago? Did I just witness him evaporate into thin air?

These questions clouded my mind, searching for a logical explanation. Eventually, I told myself that this could only have been a daydream, a hallucination brought on by fatigue and stress due to my solitary lifestyle. After a small pause, I ceded to an earlier advice: I should seek the company of others before my solitude should turn to madness and steal away my sanity forever.

That night, I had another of my strange dreams. This was the fifth such dream in as many months. In each dream, I bore witness to a young girl being raped and murdered – mutilated by a fiend. I could see the horror on her face, hear her muffled attempts at a scream, feel the terror tremble through her body as she attempted to break free.

I could taste the warm, rancid breath of her assailant. I could sense his joy at his infernal deed. I felt the knife rip and tear and stab at her torso, again and again. I felt the blood spurt from her wounds. I could feel the thick red flow imbruing into me. Each time I dreamt those dreams, I woke up saturated, not in blood, but in cold sweat.

Every morning after I woke up from the nightmarish visions, I would hear about a murdered girl in the news. Why doesn’t the stupid killer make any attempt to hide his crime?

The next morning I walked to the local news agents to pick up a newspaper and some milk. The few people I passed on my short journey looked at me through queer eyes – eyes that seemed to hate and abhor. It seemed that I disgusted them for some inglorious reason. I made my purchase and returned home for a coffee and a reading session. The front page of the newspaper held the headline: “RIPPER STRIKES AGAIN”, printed next to it was a picture of the girl I had dreamt of the other night. I scanned the paper to continue reading the story and there, before my eyes, was a rough sketch of a man the police had identified as the suspect. I felt a tremor as I recognized this person. He looks like the man from the book, only much younger. But most frightening of all, he bore an uncanny resemblance to me.

I had barely finished reading the story when I heard the wail of sirens and the screech of brakes, as several cars skidded to a halt, my door being kicked in, and I found myself handcuffed and on the floor, as my rights were being read to me. I was bundled into a rusty police car and taken to the station, where I was thrown into a raunchy cell and locked up. Later I was taken to a dim interrogation room and questioned by two detectives in the presence of a lawyer. One of them had a pale face; the other wore an Armani. They look so jobless.

I told them that on the nights of all the murders, I was at home asleep. Alas, due to my life of solitude, I cannot verify my claims. And then, I don’t know why, I told them about my dreams. I described each one of those ghoulish nightmares in as much detail as I could remember. I told them how I had woken up the night before, drenched in cold sweat. Then I narrated to them my encounter with a freaky visitor from the book and how he simply vaporized before my eyes.

In the meantime, the forensic experts, who had explored my house with a fine-toothed comb, were gathering evidence and building a case against me. They produced a blood-stained knife that I had never seen before, but which nevertheless, bore my fingerprints. They asserted that it clearly matched the wounds on all five victims. I was tried and convicted, and sentenced to life in prison, with no chance of parole.

Forty years on, and I look into the mirror. The man stands before me, the gashed smile and the staring eyes bemuse me, perplexed by memory.

He is my doppelgänger.

He is the man for whose crimes of forty years ago, I have been incarcerated. The evidence against me was overwhelming. The fingerprints matched perfectly, the forensic scientists were in total agreement, and the eye-witness accounts were coherent. I shall never be released from this prison. And yet, still, even as he laughs, mocking my face, I swear my innocence.

Doppelgänger: In fiction and folklore, it is a paranormal double of a living person, especially one that haunts its fleshly counterpart. It also describes the sensation of having glimpsed oneself in peripheral vision, in a position where there is no chance that it could have been a reflection. Doppelgängers often are perceived as a sinister form of bilocation and are regarded by some to be harbingers of bad luck. In some traditions, seeing one’s own doppelgänger is said to be an omen of death.

In September 2006, it was reported in the scientific journal, Nature, that an effect was reproduced repeatedly that was very similar to the doppelgänger phenomenon. The effect was produced via the electromagnetic stimulation of one patient’s brain. The paper suggested that the left temporoparietal junction of the brain evokes the sensation of self-image—body location, position, posture, etc. The paper also suggests that the phenomenon created is seen in certain mental illnesses, such as schizophrenia, particularly when accompanied by paranoia, delusions of persecution, and of alien control.

Was this an attempt to map the psychopathic mind of a serial rapist, or an account of a fatal impersonation by a supernatural double?
Was he psychotic? Was he just lonely?
Was he duplicitous? Was he even guilty?

Was he befooled by his paranormal appearance?
Or, was he in complete denial of his lustful crimes?

I leave it to the readers to figure that out.

21 comments on “The Doppelgänger”

Open up your Heart... Cancel reply

Greetings!
Welcome to my den. Peek around, see what’s new, and I hope you stay for a while and enjoy my offerings. Please feel free to post your invaluable ideas, comments, suggestions, and words of advice. Cheers! :) 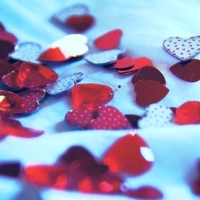 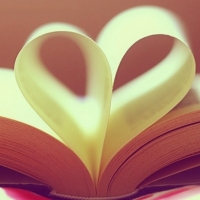 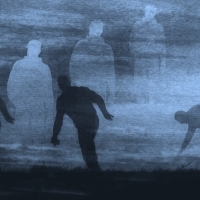 “I can choose either to be a victim of the world or an adventurer in search of treasure. It's all a question of how I view my life.” (Paulo Coelho)

Beacons of My Realm

Unauthorized use and/or duplication of this material without express and written permission from this blog’s author and/or owner is strictly prohibited. Excerpts and links may be used, provided that full and clear credit is given to Tanumoy Biswas and The Nomadic Soliloquist with appropriate and specific direction to the original content.

This blog claims no credit for any image posted on this site unless otherwise specified. Images on this blog are copyright to its respective owners. If there is an image appearing on this blog that belongs to you and do not wish for it to appear on this site, please Contact Me with a link to the said image and it will be promptly removed.